Information Minister: Coordination between Syria, Russia against terrorism is still in its highest level 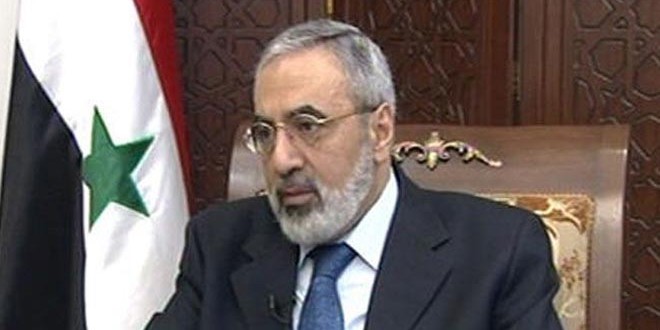 Damascus, SANA-Information Minister Omran al-Zoubi said on Monday that coordination between Syria and Russia against terrorism is still in its highest level and it will remain so.

“The friends in Russia are fully committed to combating terrorism,” Al-Zoubi said during a telephone call with the Syrian TV commenting on an agreement to decrease the number of Russian air forces in Syria.

He added “in light of the advances gained by the Syrian army in many regions and the cessation of hostilities as well as the start of local reconciliations in a lot of areas, and for reasons which are related to other sides at the Russian military field leadership, the decision was taken in coordination and agreement between the Syrian and Russian leaderships, no more, no less.”

Minister al-Zoubi affirmed that those were the real and essential reasons behind that step, saying that the Syrian Arab army is committed to “the cessation of hostilities” agreement and will respond to any breaches, so, there is no change in the political or military side in the relation between Syria and Russia.