Delegations from 14 countries participate in the Arab Nationalist Youth Forum 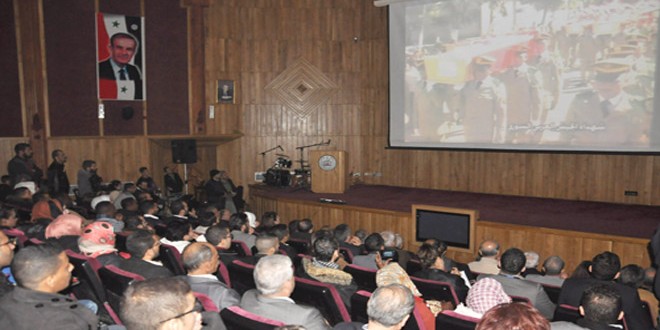 Homs, SANA – The Arab Nationalist Youth Forum kicked off at al-Baath University on Sunday with the participation of 14 countries.

Mohammad Issa, Secretary of al-Baath Arab Socialist Party branch of the Homs-based university, said he Arab youth, who are now meeting in Syria, are the hope of the future and are counted on to continue the struggle against the Arab Nation’s enemies.

He highlighted the need that the forum focus on consolidating the values of Arabism and progressive thought to more effectively confront terrorism and the Wahhabi mentality that are being employed to smear the image of the Arab nation and the true Islam.

A speech in the name of the participating delegations was delivered by Mohammad al-Oqab from Yemen, who said “having the Arab youth meeting on the Syrian soil is an assertion of love for Syria and loyalty to its leadership and people.”

He noted that the forum provides the opportunity for youths from various Arab countries to dialogue and discuss the issues of the nation and agree on common views and attitudes.

Omar Arabi from Chad pointed out that a plenty of Arab issues of interest to the youth will be discussed at the forum.

“Syria will always be the destination of the Arab youth,” he said.

The Arab delegations participated in laying wreaths at a memorial based in the university to honor the late President Hafez al-Assad.

A campaign to donate blood for the injured personnel of the Syrian army will be held on the sidelines of the forum. 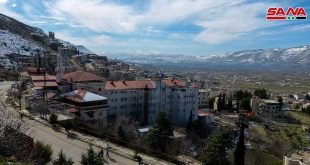