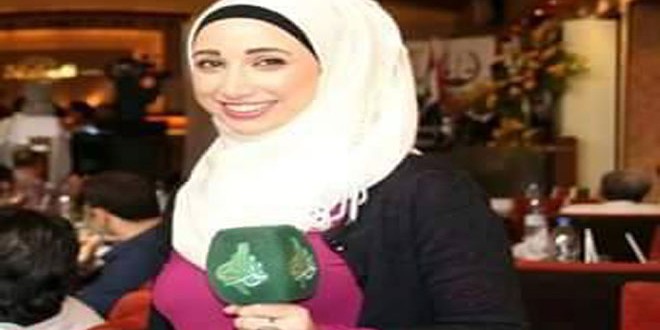 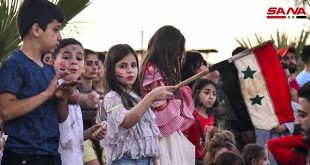 Provinces, SANA, Two civilians were killed (one a TV presenter) and others injured in terrorists’ mortar attacks against residential areas in Damascus countryside and Deir Ezzor.

A Syrian Nour al-Sham TV and Damascus Radio Presenter Batoul Moukhles al-Warar was killed on Tuesday in a terrorist attack with a mortar shell on Harasta Suburb, Damascus Countryside.

A source at Damascus Radio told SANA reporter that al-Warar was killed when she left her home heading for her job at the Radio and  Nour al-Sham TV after she sustained shrapnel wounds.

Meanwhile, a source at Damascus Countryside Police Command told SANA that terrorists positioned in Eastern Ghota fired a mortar shell on Block B 4 in Harasta Suburb, killing a woman and injuring others, in addition to causing a material damage in the place. 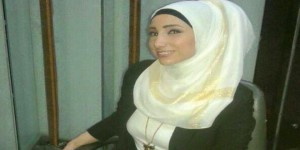 In a statement to SANA, father of al-Warar, Presenter Moukhles al-Warar said that his daughter is one of the martyrs who were killed while defending Syria against the Takfiri organizations who are the enemies of the homeland.

He added that the late al-Warar was committed to the issues of the homeland, affirming that the martyrdom of his daughter will “enhance our steadfastness in the face of the Takfiri terrorism.”

In the Eastern province of Deir Ezzor, a woman was killed  in terrorists’ mortar shell against al- Joura neighborhood in the eastern city of Deir Ezzor.

One civilian was injured in a terrorist mortar attack carried out by terrorists from Jaish al-Isalm terrorist organization on the residential area of al-Abasiyeen in Damascus.

A source at the Police Command told SANA that a mortar shell fired by terrorists fell in the surroundings of al-Abasiyeen Square, injuring a civilian who was rushed to the hospital for treatment.

Two cars were damaged by the terrorist attack, according to the source.