Peskov: No such thing as “moderate and extremist terrorists” 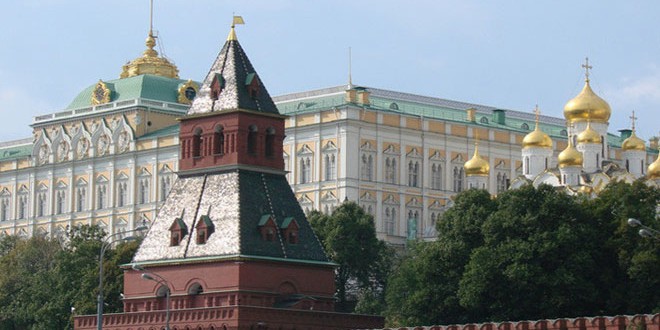 Moscow, SANA – The Russian Kremlin said that terrorism should be eradicated and there is no such thing as “moderate and extremist terrorists”.

Kremlin Spokesman Dmitry Peskov stressed that “Russia is ready for contacts with all those who are not terrorists. Neither our American nor European colleagues are helping us in identifying moderate forces to work with.
”
He indicated that there is no “moderate” and “extremist” terrorists and that no side can list any group under the “moderate opposition”, adding that such classification should be reached via communications with the Syrian legitimate president and other countries in the region in addition to some Western countries.

He dismissed talk about a plan for a transitional process in Syria as circulated by Turkish and Western circles.