Putin: Terrorists in Syria plan to destabilize entire regions in the world 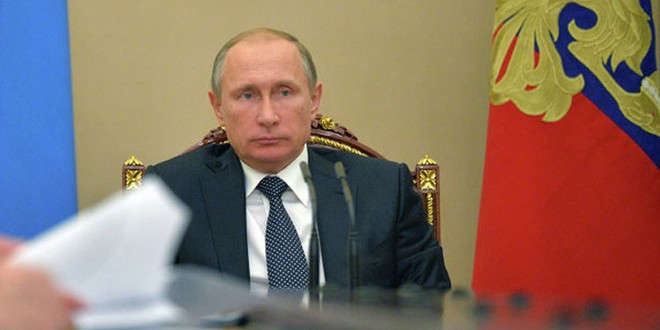 Moscow, SANA – Russian President Vladimir Putin warned that the terrorists in Syria and other countries plan to destabilize entire regions in the world.

During a meeting with newly-appointed senior officers of the Russian Armed Forces on Tuesday, Putin said that terrorists, after establishing hotbeds for them in Syria and other countries in the Middle East, are planning to widen their sphere of influence and to destabilize entire regions in the world.

He said that terrorists continue recruiting new fighters from many states including Russia, describing Russia’s operations in Syria as a precautionary measure and asserting that the Russian military help provided to Syria completely complies with the Russian military doctrine and international law.

Putin also noted that the Russian military operations in Syria showed Russia’s capabilities in facing the terrorist threat, expressing thanks for the Russian officers and soldiers. He also thanked the personnel of Federal Security Service who helped prevent terrorist attacks in Russia.