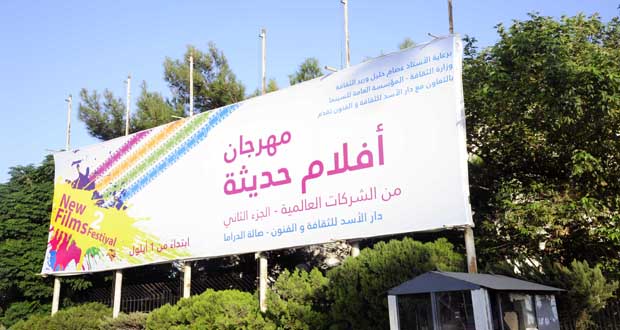 Damascus, SANA – The General Establishment for Cinema opened on Tuesday the second part of the “New Films Festival” at Dar al-Assad for Culture and Arts (Damascus Opera House).

The opening was dedicated to the icon Nelson Mandela who fought against the apartheid regime of the white majority which dominated South Africa from 1948 until 1993.

“Mandela: Long Walk to Freedom” film, which chronicles Mandela’s early life, coming of age, education and 27 years in prison before becoming President of South Africa and working to rebuild the country’s once segregated society, was screened at the opening show of the festival.

The festival, which will run through October 5, includes more than 91 films produced by international companies, three to be screened per day.

Second part of New Films Festival opens with a film on Mandela 2015-09-02
Reem
Share
Previous Tartous shopping festival opens for second time in four months
Next Haidar: Spread of terrorism in the region seeks to eclipse Palestinian’s right to return