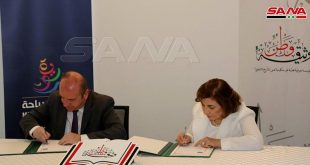 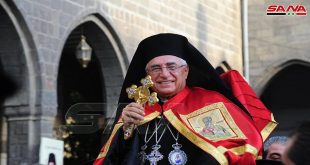 During the meeting, Khamis briefed the company’s reps on the facilitations provided by the Ministry to encourage companies from friendly companies to invest in the electric power sector and the reconstruction process in Syria.

He asserted that the Ministry will provide opportunities for companies willing to invest in constructing new power plants and in renewable energy sources, lauding the efforts of Sinohydro in this regards and its work to secure the necessary funding for such projects from Chinese banks.

Khamis noted that despite the current circumstances spawned by the crisis, Syria remains a fertile ground for investments, calling on all Chinese power companies to play a part in the reconstruction stage.

A meeting was held earlier between Sinohydro representatives and officials from the Electricity Ministry to discuss the MoU signed by the two sides to establish termal power stations, wind farms, and solar power systems.

The two sides agreed to survey sites for projects and procure the necessary information to prepare a technical proposal which would be submitted to the Syrian side for study.