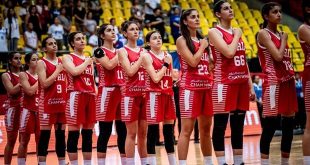 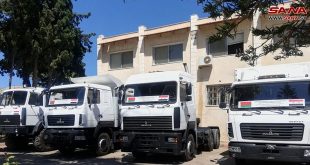 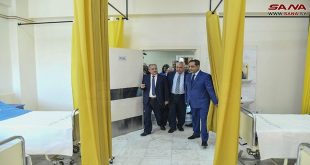 Damascus, SANA The General Authority for Palestine Arab Refugees (GAPAR) and the United Nations Relief and Work Agency (UNRWA), in cooperation with the Syrian government, on Monday continued distribution of food and medical
aid to displaced people from Yarmouk Camp, who fled the neighborhood to escape the
crimes of terrorist organizations, mainly the crimes of the Islamic State in Iraq and Syria
(ISIS).

Director General of GAPAR Ali Mustafa told SANA that 1,100 food baskets, 3,000 bread packages and food supplements were provided to the displaced people from the camp who are staying in Zainab al-Hilaliye center in al-Tadamon area and to follow up their social and health situation.

Mustafa said social and health situation of the displaced people at Hilaliya center will also be followed up.

At the beginning of last April, residents of the terrorist-besieged Yarmouk Camp in southern Damascus were forced to flee their homes after hundreds of terrorists from ISIS entered the area with the help of Turkish-Qatari-Saudi-backed Jabhat al-Nusra terrorist organization to undermine the Syrian Government’s efforts in neutralizing the Palestinians from the events taking place in Syria.

2015-05-19
hala
Share
Previous Ryabkov: Russia will not make geopolitical deals with U.S. regarding Ukraine and Syria
Next Daraa governor discuses with ICRC delegation health situation in the province 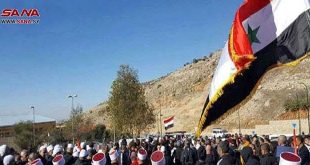