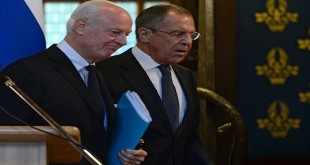 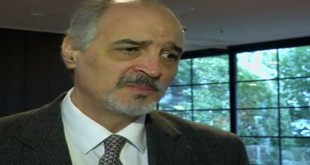 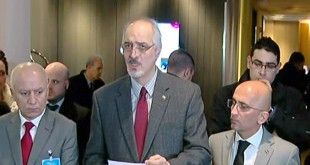 Moscow, SANA – Moderator of Moscow consultative meeting for inter-Syrian talks Vitaly Naumkin proposed a list of main points for the schedule of the second round of the talks.

A first session of the second round within Russia-brokered consultative meetings was held earlier today between the delegation of the Syrian government and figures of the opposition.

In the past two days, figures of the opposition ended their consultative talks and agreed on a work paper to be discussed during today’s meetings.

The Syrian government’s delegation announced its approval of the points in Naumkin’s schedule.

The points included assessing the situation in Syria and the possibilities and objectives of unifying the national forces in the country in the face of the current challenges, including the international terrorism.

Possible confidence-building measures by the government, the opposition forces and the civil society, the basics for the political process, including the provisions of Geneva Communiqué and the steps necessary to be taken to go ahead towards achieving the national reconciliation and settling the crisis were among the points.

“It is natural that the participants in the talks themselves would reach a final schedule,” Naumkin said during the session.

The first round of Moscow talks was held on January 26-29. The government’s delegation and some representatives of the opposition then agreed to a set of guidelines proposed by Russia that stressed on maintaining Syria’s sovereignty and unity, fighting terrorism, settling the crisis peacefully and politically, and rejecting any foreign
interference.

Both rounds aim at holding consultations to prepare for a Syrian- Syrian dialogue to solve the crisis in the country.