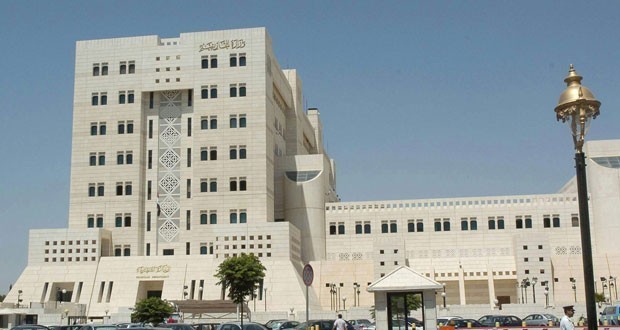 Damascus, SANA-The Foreign and Expatriates Ministry addressed two identical letters to the UN Secretary General and head of the UN Security Council on the incessant bids to mislead public opinion about the situation in Syria.

The ministry complained that the real triggers of the current events, which are the terrorists who are killing civilians at the bidding of well-known countries, are usually neglected.

The ministry cited the areas of Baba Amr in Homs, al-Raqqa city and villages, Adra city and Maaloula in Damascus countryside, Shaikh Miskin in Daraa province and Kassab in Lattakia as examples that prove the brutality of terror organizations that have committed crimes and wreaked massive damage in these areas.

The ministry wondered as how these terror groups can be dubbed as “moderate opposition”.

About the situation in Aleppo, the ministry said that the city had remained quiet for one and a half year since the start of the crisis until terror groups entered the city prodded by countries which claim to be friends of the Syrian people.

Hasaka suffered the same grim fact as the quiet situation was reversed after terror organizations swept scores of villages in the province, the letters added.

The letters added that as many as 30 thousand civilians, including 10 thousand children, were displaced from Idleb city in the wake of the offensive.

The waves of displacement prompted civilians to flee to areas controlled by the Syrian government, further exacerbating the burdens on the Syrian state, the letters added.
The ministry highlighted the tragedy inside al-Yarmouk camp near Damascus which was spawned by ISIS terrorists who began an offensive in the camp aided by Jabhat al-Nusra.

“It just proves right our warnings over the past years and reveals the truth about collaboration between these terror organizations and Israel,” added the ministry.

The ministry indicated that the Syrian government has taken measures to confront the crimes of terrorists based on its legal and constitutional responsibilities, vowing that Syria is determined to move forward with fighting terrorism until terrorists are crushed.

The ministry also urged the UN Security Council to enforce its counter-terrorism resolutions and take deterrent measures against the countries supporting terrorists.