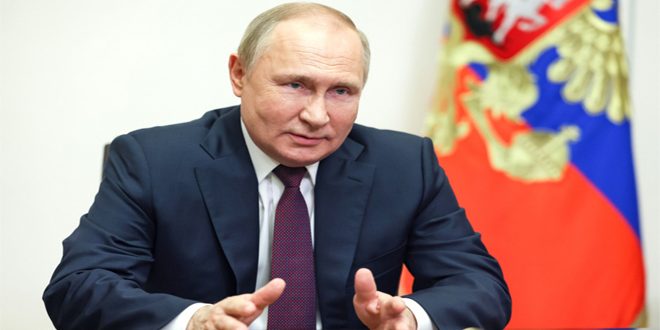 Damascus, SANA- Russian President Vladimir Putin had a telephone conversation with President of France Emmanuel Macron at the French side’s initiative, according to a statement by the Kremlin.

The discussion focused on various aspects of the situation around Ukraine. “President Putin, in particular, stressed that the regular strikes on the Zaporozhye Nuclear Power Plant by the Ukrainian military creates the danger of a major nuclear disaster that could lead to radiation contamination of vast territories”, the Kremlin stated.

The Russian side noted the importance of sending an IAEA mission to the power plant as soon as possible to allow experts to assess the situation on the ground, with him confirming readiness to provide the necessary assistance to the agency’s inspectors. the statement added.

The Russian President also informed his French counterpart about the progress of the package deal signed on July 22 to facilitate the export of Ukrainian grain from Black Sea ports and the export of Russian food and fertilizers to world markets.

President Putin pointed out the remaining obstacles to Russian exports, adding that the situation is doing little to resolve global food security problems.

Meanwhile, the UN Secretary General Antonio Guterres called for “more action to ensure full global access to Ukrainian food products, and Russian food and fertilizer”, that came during his visit to the city of Odessa, according to the UN chief’s press office.

“Getting more food and fertilizer out of Ukraine and Russia is crucial to further calm commodity markets and lower prices”, Guterres explained. 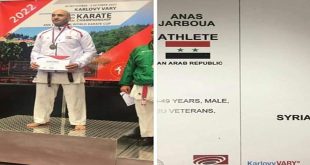