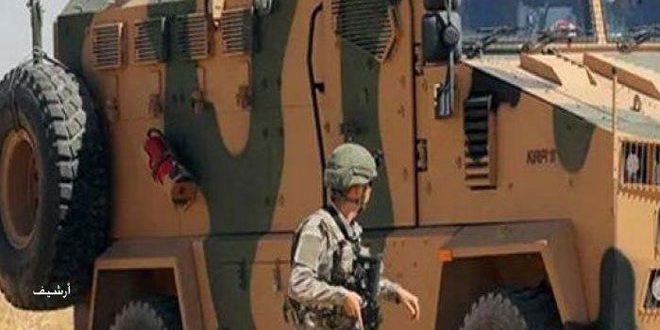 Raqqa, SANA- A convoy of military and armored vehicles and trucks belonging to the Turkish occupation forces have entered Ain Issa area in Raqqa northern countryside.

Local sources told SANA reporter that a number of military vehicles and armored vehicles and trucks loaded with logistical materials, ammunition and equipment belonging to the Turkish occupation have entered Ain Issa area in the northern countryside of Raqqa to reinforce the occupation’s posts and support the terrorist groups that implement the aggressive expansionist scheme of the Turkish occupation in northern Syria.