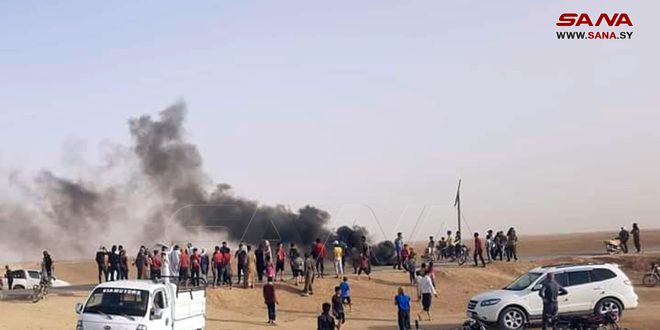 Hasaka, SANA-  citizens of al-Yarubiyah in Hasaka countryside demonstrated in protest against US- backed QSD militia, demanding their expulsion, according to SANA reporter.

“Dozens of citizens gathered on the main road near the village of Masada in al Yaroubiyah district and staged a demonstration condemning the practices of “Qasd” militia, which worsened their livelihood, chanting slogans calling for them to leave the area along with their masters in the US occupation forces and to stop kidnapping their children forcibly and taking them to closed camps”. Local sources said. 2022-06-22
bushra
Share
Previous Watermelon cultivation in Salamiyah
Next Transport Ministry: Damascus International airport to be put into service as of Thursday 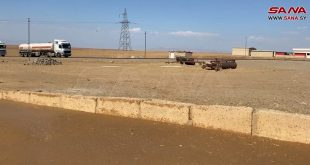