The video shows a trail of lit gasoline leading to al-Kasasbeh’s cage, which engulfs him in flames.

Al-Kasasbeh was captured by ISIS in December after his F-16 crashed on the banks of the Euphrates River in Syria.

ISIS said last month it would release al-Kasasbeh if Jordan freed terrorist Sajida al-Rishawi, who has been jailed in the Jordanian prisons since 2005.

Shortly after the release of the video, Jordan said al-Kasasbeh was killed exactly one month earlier, 3rd of January and vowed to sentence al-Rishawi to death. 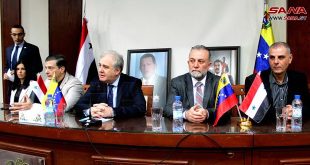