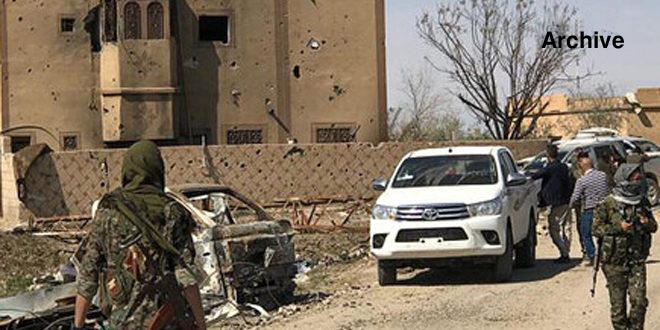 Hasaka, SANA- A militant of the US occupation-backed QSD militia was killed and two others were injured in an attack in the vicinity of Tal Hamis in Hasaka countryside.

Local sources told SANA reporter that an attack carried out by unknown persons with machine guns targeted a car carrying militants of QSD militia near al-Khawla village in the vicinity of Tal Hamis in Qamishli southern countryside, killing a militant and injuring two others.