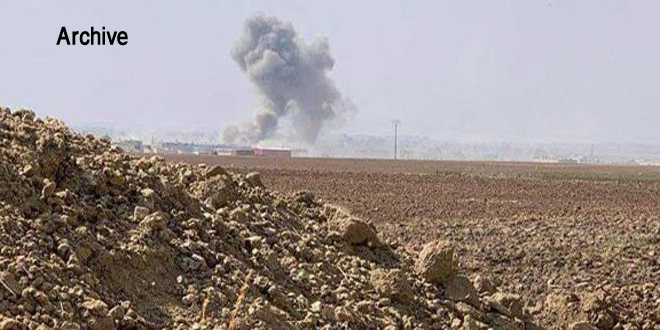 SANA, Hasaka-Tal Tamir 20/66 kV power station went out of service on Tuesday evening after a Turkish shelling attack on the 66 line feeding the station.

Director General of the Electricity Company, Eng. Anwar Okleh, said in a statement to SANA reporter that the station went out of service after the electrical line feeding it was damaged as a result of the Turkish attacks.

He noted that the technical workshops will assess the damage caused to the line and work on maintaining it and restarting the station as soon as possible.

It is noteworthy that the northern countryside of Tal Tamir and the Abu Rasen area has witnessed intense attacks by the Turkish occupation forces and their mercenaries for nearly two weeks, affecting infrastructure, service facilities, citizens’ homes and their properties.