619 people, including 134 children, evacuated from Mariupol to Donetsk 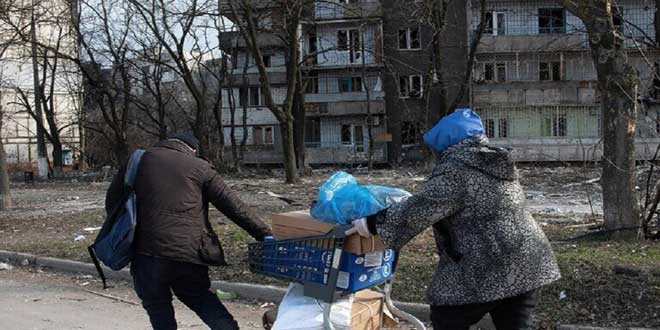 Donetsk, SANA- The authorities of the Donetsk People’s Republic reported that more than 600 people were evacuated from the Ukrainian city of Mariupol to Bizymenoy in the Donetsk Republic over the past 24 hours.

“During the past 24 hours until this morning, 619 people, including 134 children, were evacuated from Mariupol to Bizymenoy in Donetsk Republic.” Russia Today website quoted the Donetsk authorities as saying in a statement on Tuesday.

The authorities noted that the total number of people evacuated from Bizymenoy has reached more than 4,000 over the period from March 5th to March 22nd.