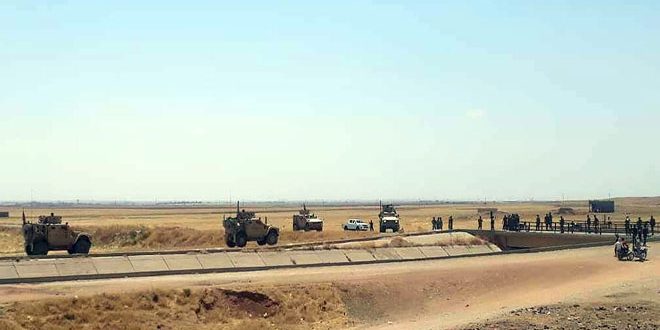 Local sources told SANA reporter that a checkpoint for the Syrian Arab Army stationed near Qabr al-Saghir and Gharajeneh villages in Tal Tamer district in Hasaka, intercepted 6 US armored vehicles while they were trying to enter the two villages, forcing them to retreat and leave the area.

2022-03-20
Manar
Share
Previous Army intercepts a convoy for US occupation, consists of 6 vehicles, which attempted to enter two villages in Tal Tamer area, northwest of Hasaka
Next Exhibition for handicrafts in Aleppo kicks off