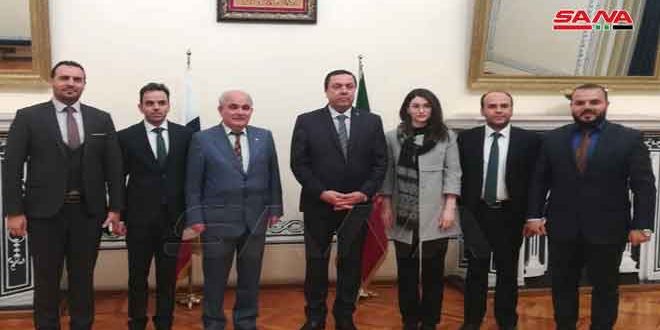 The Ambassador, who visited the Russian Embassy in Tehran and met Ambassador Levan Jagaryan, stressed Syria’s firm stance that backs the Russian Federation in all the measures taken to protect its national interests and defend its people, including a political solution to the crisis through the current negotiations with Kyiv authorities in a way that guarantees Russia’s interests and the rights of its people.

In turn, Jagaryan said that his country thanks and appreciates the Syrian stance in support of Russia, referring to Syria’s voting in favor of Moscow during the last meeting of the United Nations’ General Assembly.

“We have been and still standing by Syria, and we will continue to support its people by defending its sovereignty and territorial integrity as well as in the fight against Takfiri terrorism.” Jagaryan added.