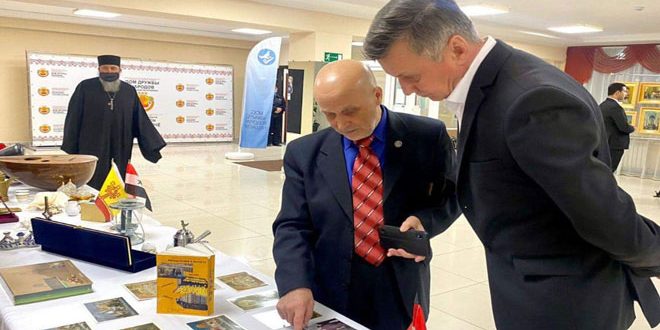 Cheboksary, SANA- Citizens of Syrian community in the Russian Republic of Chuvashia held on Tuesday activities of the Syrian Culture Day which was organized in the building of the Association for Friendship among Peoples, including a set of cultural, heritage and artistic activities. A documentary film was screened about Syria’s civilization and the most important historical and tourist landmarks, as well as   artistic, heritage and cultural series to introduce the Syrian cuisine, folk dress, and ancient customs and traditions.

He hailed the strong relations that connect the Syrian and Russian peoples in addition to the Russian Federation’s role in supporting Syria in its war against terrorism.