Fifteen detainees in Daraa released in light of settlement process 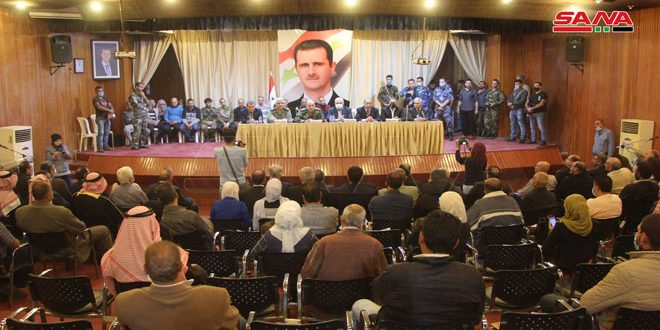 Daraa, SANA –15 detainees from the locals of Daraa province, who were not involved in crimes against Syrian people, were released on Sunday at the hall of the government complex in Daraa, in the framework of the settlement agreement proposed by the State to consolidate security and stability all over the province.

Daraa Governor, Marwan Sharbak, said that new batches of detainees will be released in the coming days.

A source in the province added that stability in the Daraa has positively affected the situation that pushed to release more detainees.