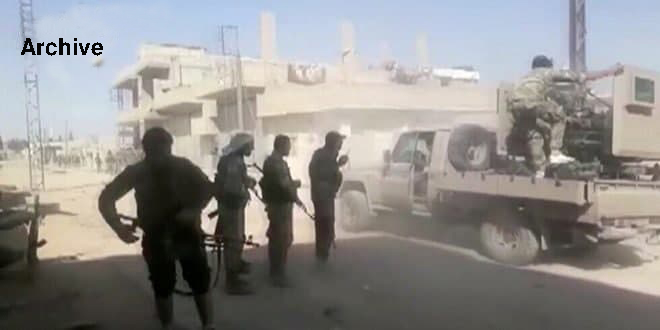 Aleppo, SANA-  Clashes broke out on Wednesday between terrorists of Turkish regime-backed of “al-Jabha Ashamyia” and locals of one the clans in the vicinity of Azaz city in Aleppo northern countryside.

Local sources told SANA that an infighting with light and medium weapons broke out between the s0-called Jabha Shamyia and locals of “al-Mawali” clan in the surrounding of Azaz city, Aleppo northern countryside after the abduction of two women from the clan by mercenaries of the Turkish regime.

The sources added that the clashes caused a state of fear and panic among residents in the city who were forced to leave their jobs and hide in their homes for a long time.