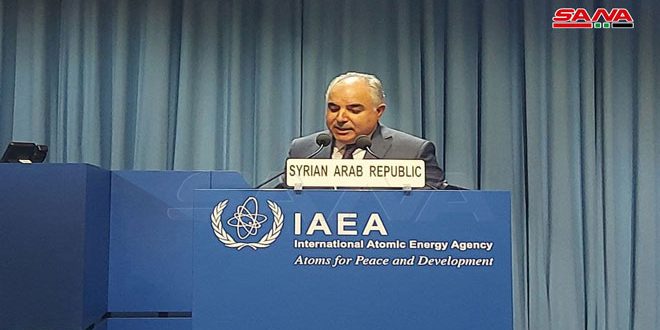 Vienna, SANA- Syria’s permanent representative to the UN office and other International Organizations in Vienna, Ambassador Hasan Khaddour, said that the item related to implementing the Safeguards Agreement in Syria represents one of the negative faces to exploit the International Atomic Energy Agency (IAEA) in service of political agendas of some member states.

“The Israeli entity’s aggression on sovereignty of the Syrian territories in 2007 was used as a platform to attack Syria which had been a victim of the aggression, to defame its image and exercise political pressures on it,” Khaddour added at the 65th session of the General Conference of IAEA.

He clarified that Israel’s hostile actions in the region and its remaining outside the Comprehensive Safeguards agreement pose a threat to the Non-Proliferation Treaty and the regional and international security and peace.

Ambassador Khaddour called for an immediate removal of the unilateral coercive economic measures imposed on Syria by some member states that hinder implementation of technical cooperation. 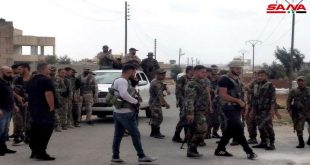