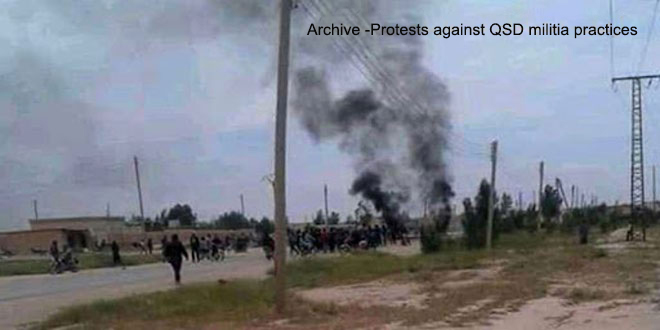 Deir Ezzor , SANA – A number of civilians were injured as groups of US occupation –baked QSD militia shot fire on a protest against the militia  in al-Sabha town, Deir Ezzor eastern countryside.

Local sources told SANA that citizens of al-Sabha town protested against practices of QSD militia which loot the resources of  the region and cause chaos in area of its dominance.

2021-09-12
hybah
Share
Previous Al-Thawra qualifies for the final match of the Arab Clubs Basketball Championship
Next A young man martyred in a landmine left behind by terrorists in Saboura town, Salamiyah region