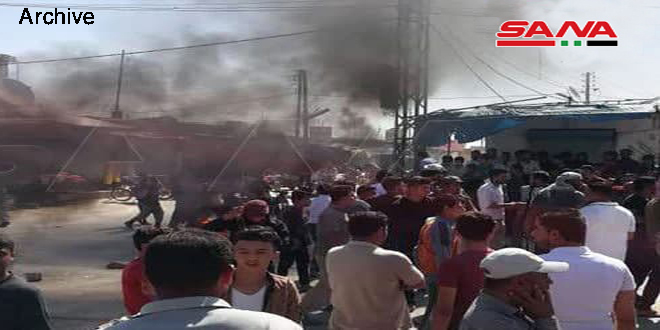 Hasaka, SANA-The US occupation-linked QSD militia has continued its crimes against the locals in the areas it occupies, as it has expelled a number of displaced families in al-Qahtanyia town, east of Qamishli, at gunpoint.

Local sources in the area told SANA that the QSD militia threatened all the displaced families coming from different provinces to al-Qahtanyia town to evacuate their homes within a week at gunpoint or they will be expelled from the area.

The QSD militia operates according to a scheme aimed at completely evacuating the area from the displaced and forcing them at gunpoint to leave the area.