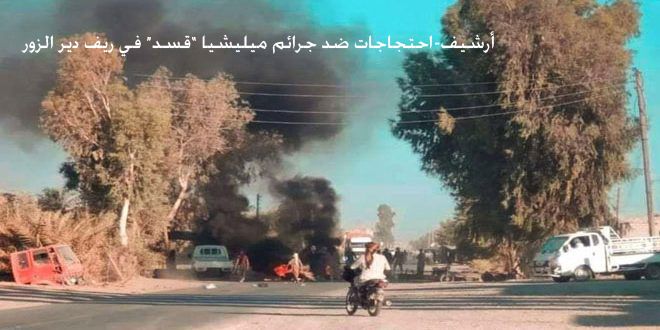 Deir Ezzor, SANA- One of QSD militia gunmen was killed and three others were injured when the popular factions targeted a military vehicle affiliated to the US occupation-backed militia in Deir Ezzor northern countryside.

Local sources told SANA that an explosive device targeted a car affiliated to QSD militia in Muhaimadiyeh town north of Deir Ezzor city, killing one of QSD militia gunman and injuring three others and causing material damage to the car.