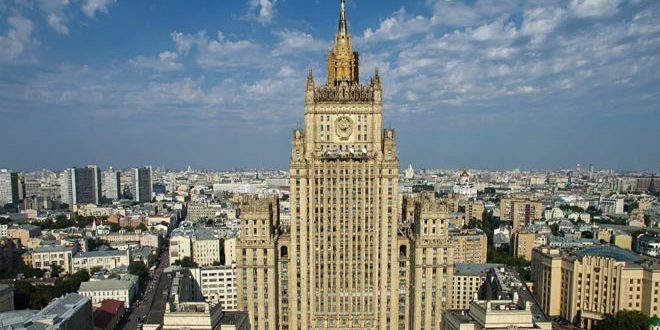 Moscow, SANA – Russia affirmed that the presidential election in Syria is an important step towards boosting its domestic stability, stressing that the statements of some western countries regarding its “illegitimacy” are part of flagrant political pressure against Damascus and an attempt to interfere in its affairs.

RT website quoted Russian Foreign Ministry as saying in a statement on Friday “We consider the presidential election to be a sovereign affair of Syria and an important step towards enhancing its internal stability.”

The ministry added that the statements of some western countries regarding the illegitimacy of the election process before it was held is a flagrant political pressure against Syria and new attempt to interfere in its domestic affairs to undermine its stability.

“No one has the right to dictate the Syrians the date and conditions through which they must elect their president,” the statement said.