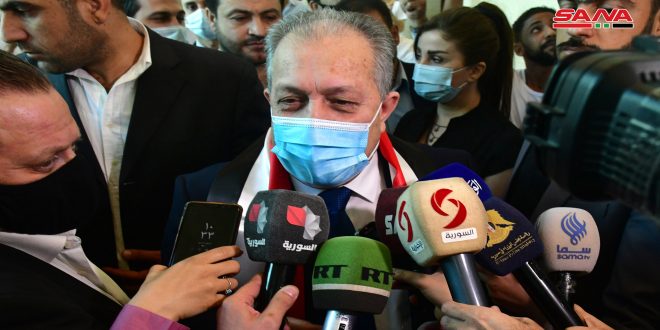 In a statement to journalists following casting his vote, Arnous said that the Syrian people today are expressing their firm national stances and reaffirm that Syria is a country which has a free and independent decision, that emerge from its national principles. He pointed out to the citizens’ huge turnout for the polling stations in all the Syrian provinces is “beyond expectation” in term of its density.

Premier Arnous added that this participation is a courageous and crystal-clear stance by all spectrums of the Syrian people, as well as it is a duty and a right.

Arnous reiterated that the Syrians themselves are who determine the future of Syria and no power on the earth can impose its will on the Syrian people.