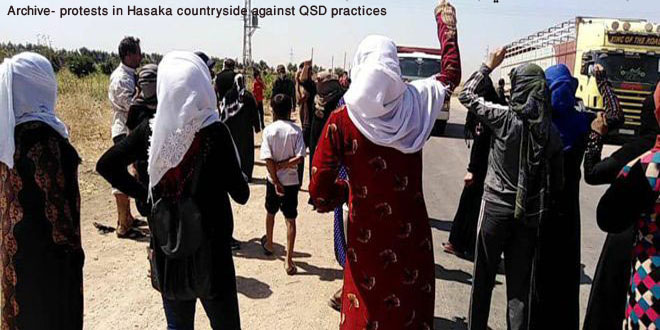 Hasaka, SANA- The US occupation-backed QSD militia has continued to intensify the raids and kidnappings in the areas of their deployment in the Syrian al-Jazeera region as on Monday it kidnapped four citizens in Tal Hamis in Hasaka country and took them to unknown destination.

The sources added that the four kidnapped citizens had been displaced from Ras al-Ayn City by the Turkish occupation forces and their mercenaries of terrorists.

Over the past days, the QSD militia has escalated the raids in the areas it occupies in the Syrian al-Jazeera region and kidnapped scores of the locals in the countryside of Deir Ezzor, Raqqa and Hasaka with the aim of recruiting them to fight among its ranks.