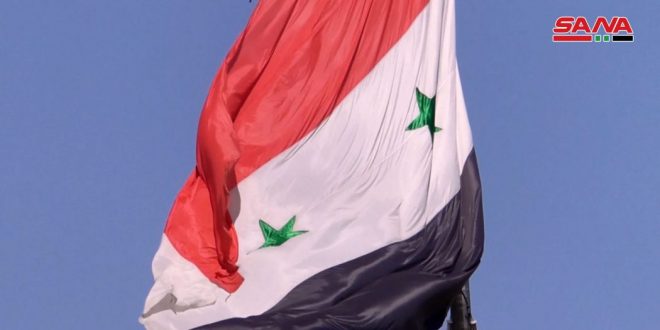 Capitals, SANA- The Syrian embassies in many countries of the world have completed their preparations for holding the presidential elections for Syrians living abroad, which are scheduled on May 20th.

In Tehran, the Syrian Ambassador to Iran, Dr. Shafiq Dayoub, affirmed that the embassy had completed the preparations needed to hold the presidential elections in accordance with the rules of the election law and its amendments and the instructions of the Supreme Judicial Committee.

Meanwhile , in Beirut, the Syrian embassy in Lebanon completed all its procedures for Syrian citizens residing in Lebanon to exercise their constitutional right and national duty by casting their votes to the presidential elections. scheduled for next Thursday at the embassy’s headquarters.

In China, Dr. Fadi Wassouf, the media official at the Syrian Embassy in Beijing, told SANA that the embassy has completed all procedures related to the presidential elections.

In South Africa, Sweden, Brazil, Venezuela and Australia, the Syrian embassies and consulates have also completed their procedures to receive Syrian citizens residing in those countries to exercise their right in the upcoming presidential elections.

Speaker of the People’s Assembly, Hammouda Sabbagh, had set the date for holding presidential elections for Syrians abroad on May 20, and for Syrian citizens at home on May 26th.

2021-05-17
nisreen
Share
Previous With participation of Syria, UNESCO world conference on Education for Sustainable Development launched virtually
Next From the visit of Abkhazia President, Aslan Bzhania, to the Martyrs’ Monument in Qasioun