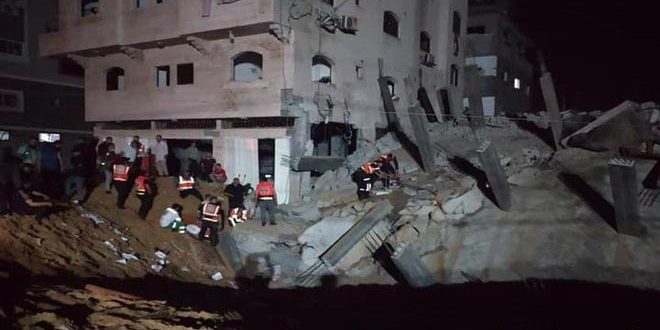 Occupied Jerusalem, SANA- The number of victims of the continued Israeli aggression on the besieged Gaza Strip raised to 119 martyrs, including 27 children, in addition to wounding of more than 600 injuries.

Ma’an News Agency quoted Palestinian health sources as saying that the medical crews have lifted on Friday the bodies of five martyrs from under the rubble of the houses that were bombed by the Israeli warplanes in Beit Lahia in the north of the Strip and Shejaiya neighborhood in the east.

The medical teams also removed more than 50 injuries to Gaza hospitals, which raises the number of martyrs to 119 including 27 children and the injured to more than 600.