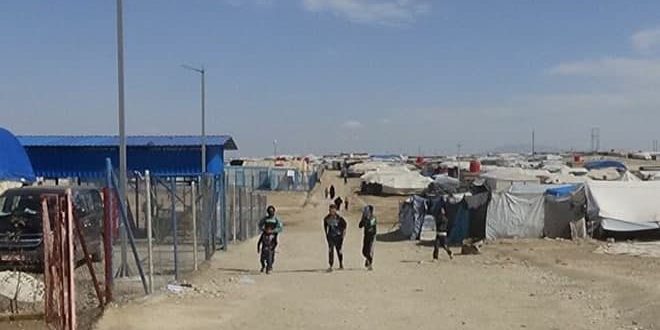 New York, SANA- Russia reiterated its call for saving lives of thousands of children in al-Haul Camp, which is controlled by the US occupation and QSD militia in Hasaka eastern countryside.

Russian Deputy Permanent Representative to the UN Gennady Kuzmin said on Friday during a UNSC meeting via video, headlined’ Impacts of the COVID-19 pandemic on violations against children in situations of armed conflict’ that the United Nations data confirm the presence of over 31,000 children in al-Haul Camp , where over 6,000 deaths from the novel coronavirus have been registered.

Kuzmin called on the states to repatriate their nationals held in the camp and to take steps to prevent them from becoming stateless, adding that states should assume responsibility to protect the children in the camp and ensure their safe return home.

He affirmed that his country is actively engaged in the efforts to repatriate its children who were recruited by the terrorists as well as children whose parents have joined the ranks of extremist organizations, calling for not to politicize issues related to children and work for protecting them.