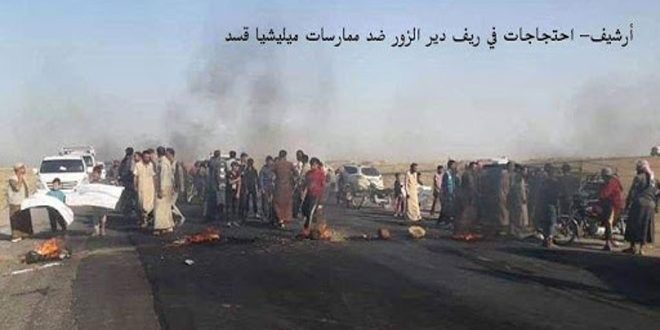 QSD militia escalated its storming campaigns in the areas it has occupied in the Syrian al-Jazeera, kidnapped dozens of the locals and hundreds of young men in the countryside of Deir Ezzor, Raqqa and Hasaka and took them to camps affiliated to it to recruit then to fight in its ranks.