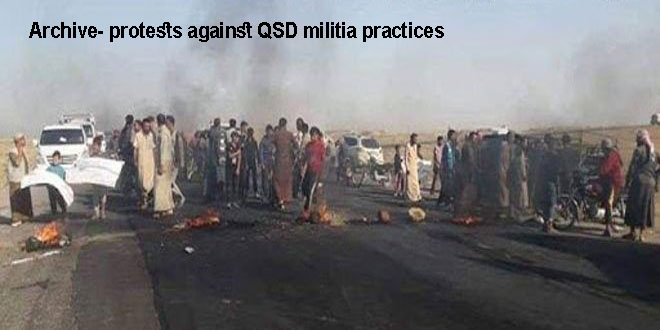 The sources said that the raid was carried out with the support of the US occupation helicopters which flew at a low altitude over citizens’ houses causing panic, especially among children.

Over the past days, QSD militia has escalated raid operations launched in the areas which it occupies in the Syrian al-Jazeera region, and it has kidnapped dozens of civilians in the countryside of Deir Ezzor, Raqqa and Hasaka with the aim to recruit them to fight among its ranks.

2021-04-19
rafah
Share
Previous Israeli Occupation forces arrest one Palestinian in Tulkarm
Next Grospic: Syrians struggle against terrorism will be written in history in golden letters