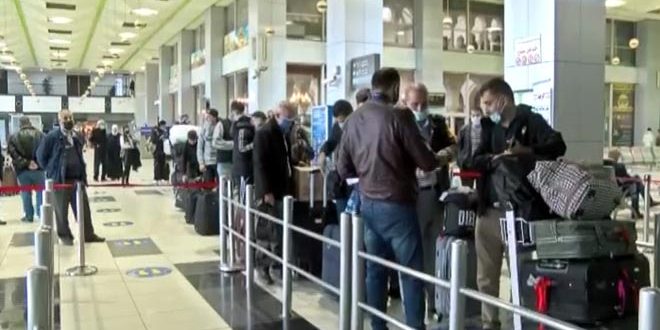 Damascus, SANA- First flight of the Syrian Airlines from Damascus International Airport arrived in Russian Vnukovo Airport on Sunday, as the Syrian Airlines resumed its flights to Russia amid health measures that ensure safe transportation for passengers.

Director of the ground operations at the Syrian Airlines, Wael al-Hadiri, said in a statement to SANA that the first flight has left Damascus International Airport on Sunday to Russian Vnukovo Airport to signify the resumption of air transport between the two countries after months’ hiatus due to the Corona pandemic.

Al-Hadiri indicated that the flight is scheduled to arrive in Russia and return this evening to Damascus International Airport at 8:40 p.m.

On the 25th of last month, Moscow announced resumption of civil air transport for passengers with a number of countries, including Syria, starting from current month.