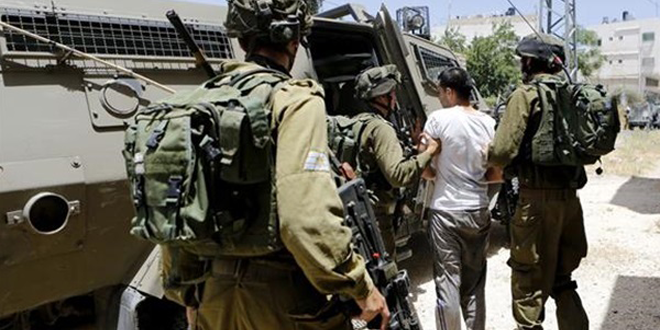 Wafa news agency reported that the occupation forces stormed villages and towns in Hebron and Tubas, raided and inspected the Palestinians’ homes and arrested three of them.

On Wednesday, the Israeli occupation forces arrested three Palestinians in the West Bank.

2021-04-01
nisreen
Share
Previous US occupation steals new batch of wheat from Hasaka countryside, transports it to northern Iraq
Next First additional train trip arrives from Jableh to Lattakia to secure transportation for citizens