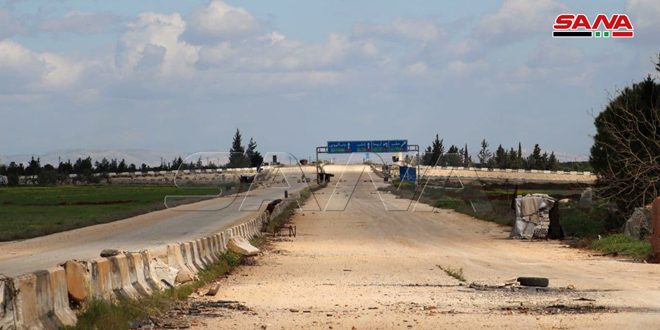 Idleb, SANA- Idleb Governorate, in coordination with the Syrian Arab Army and Syrian Arab Red Crescent (SARC), on Thursday, opened Trunbeh-Saraqeb corridor in Saraqeb area, Idleb eastern countryside, which aims at receiving the citizens who are willing to leave the areas controlled by terrorist organizations, heading to their towns and villages liberated from terrorism. Governor of Idleb, Muhammad Natouf , told SANA reporter in a statement that a full medical staff equipped  with a mobile clinic and an ambulance was prepared to receive the locals ,  willing to return and  provide the necessary  medical services to them at  the corridor, in addition to that the SARC has equipped its teams to provide aid to the returnees.

Natouf pointed out to the coordination with the Russian side, as they exert all possible to help the people to get out from the areas controlled by the terrorist groups and provide all facilities to guarantee their return to their liberated villages. In turn, head of the SARC -Idleb and Hama branch Muhammad Watti said that a team affiliated to SARC is ready along 24 hours at the humanitarian to provide a full relief and medical services to the citizens heading to the temporary make-shift centers.

In al-Bab area in Aleppo northeastern countryside, SANA reporter said that Aleppo governorate opened Abu al-Zendayen corridor to receive the people wishing to leave the areas where terrorists spread to the safe areas.

He pointed out that a team from the Red Crescent and large buses will transport passengers are present and ready around the clock to receive the locals.

Syrian Arab Army units, in cooperation with Idleb governorate and SARC on 21st last month have prepared the corridor to be opened to receive the citizens who wanted to leave the areas controlled by the terrorist organization to their liberated towns and villages. 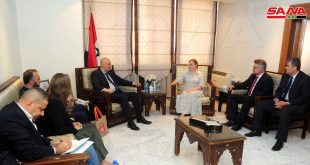