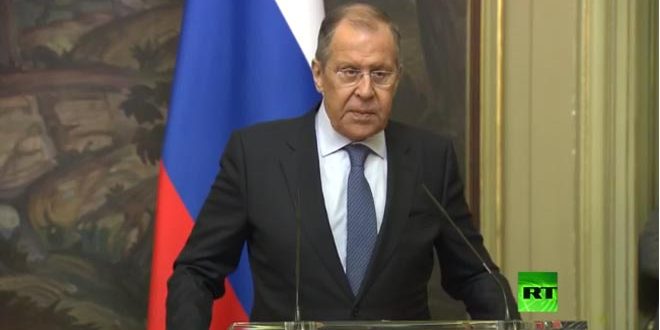 Moscow, SANA- Russian Foreign Minister Sergey Lavrov renewed necessity of reaching a political solution to the crisis in Syria which respects its sovereignty and territorial integrity.

Lavrov said in a press conference in Moscow on Wednesday that only the Syrian people have the right to determine the future of their country without foreign interference based on the UN security Council’s resolution no. 2254.

He added that resolving the crisis in Syria should be based on respecting its sovereignty and territorial integrity, expressing his country’s support to search within any format on ways to create conditions that allow the Syrians themselves to decide the future of their country.

He reemphasized Astana format’s commitment to the principles of Resolution no. 2254, including the inevitability of granting the Syrian the possibility of reaching an agreement among them far from any foreign interference in their affairs and the need for preventing any attempts to endanger the regional safety of Syria and rejection of separatist disputes.

Resolution no. 2254, which the Security Council had unanimously adopted in December 2015 confirms that only the Syrians have the right to determine the future of their country by themselves without any foreign interference and that the terrorist organizations are outside any political process.

On the Committee of Discussing the Constitution, Lavrov pointed out that Russia and its partners support the work of the committee, noting that “We are waiting the announcement of UN Special Envoy for Syria Geir Pedersen on the date of the sixth round.” 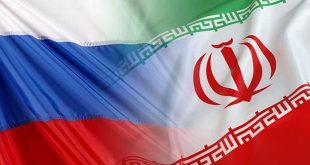