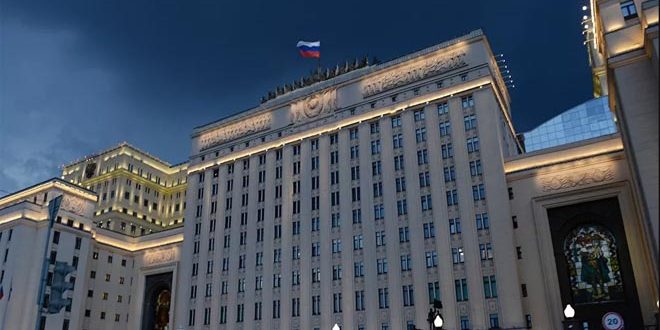 Moscow, SANA -The Russian Ministry of Defense has announced that the terrorist organizations have carried out 32 new attacks in the de-escalation zone in Idleb.

“Fifteen attacks by Jabhat al-Nusra terrorist organization were registered inside Idleb province, and 10 others were registered in Lattakia, in addition to three attacks in Aleppo and four attacks in Hama,” Deputy Director of the Russian Coordination Center in Hmeimim, Admiral Vyacheslav Sytnik said in a statement.

Last Monday, the Russian Defense Ministry announced that Jabhat al-Nusra terrorists carried out 35 attacks in the de-escalation zone in Idleb while a day before that, the Ministry revealed that terrorist organizations which spread in Idleb are preparing to stage a new false flag chemical attack with the aim of accusing the Syrian Arab Army.