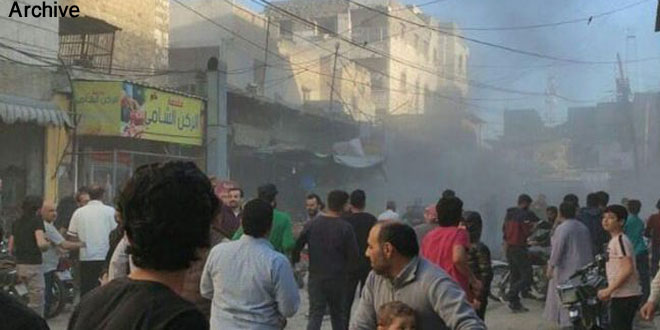 Aleppo, SANA- One civilian was martyred and four others were wounded in an explosive device blast in al-Bab City in Aleppo northeastern countryside where Turkish occupation-backed terrorist groups spread.

Local sources told SANA that an explosive device on Tuesday went off in al-Sina’a area in al-Bab City as a civilian was martyred and four others were wounded, in addition to causing a material damage to the properties in in the vicinity of the explosion.