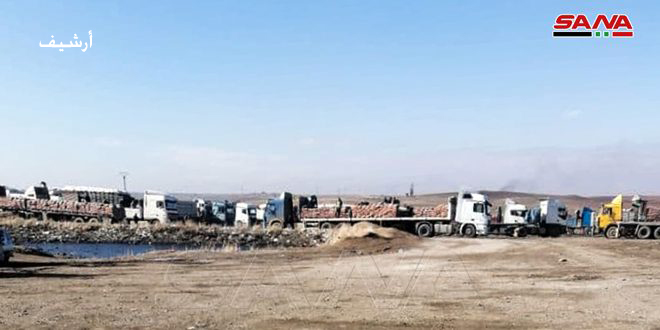 Hasaka, SANA- US occupation forces continued violating the international laws as it, on Sunday, brought into a convoy laden with logistical materials to support its illegitimate bases in the Syrian Al-Jazeera, and brought out another convoy loaded with stolen wheat and oil to the Iraqi territories.

Local resources from al-Soweidia village told SANA reporter that a convoy consists of 45 covered trucks in addition to a refrigerator and a number of tank trucks affiliated to US occupation forces loaded with equipment and logistical supplies were brought into al-Waleed illegitimate crossing coming from the Iraqi territories to support their military bases positioned in the Syrian al-Jazeera.

“In the context of their continuous looting of the Syrian resources and smuggling them, about 70 trucks, tank trucks and a refrigerator affiliated to the US occupation forces, accompanied by Qasad’s military cars and laden with the Syrian wheat and petroleum, went out through the same crossing to sell them and increase the support provided to armed groups which work under their command and carry out their agendas in the region”, the source added. 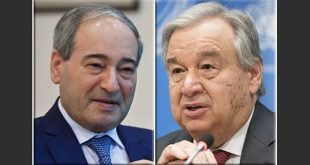