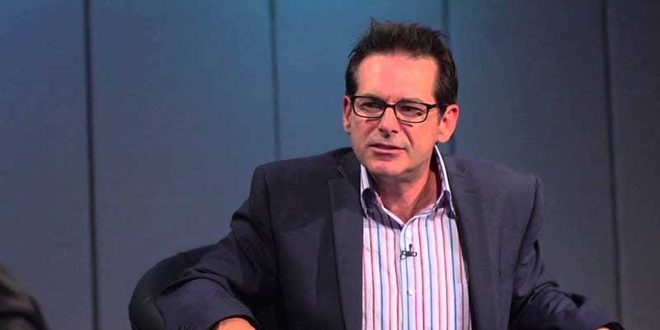 Washington, SANA-American political commentator, Jimmy Dore, documented on his weekly political talk show “THE JIMMY DORE SHOW,” posted on his YouTube channel, the Western governments’ manipulation in international media and their efforts to recruit them to create misleading coverage against Syria with the aim of waging war on it and supporting terrorism in the country.

“We have previously talked about how the military industries and media institutions push towards wars, and in Syria they did the same thing,” Dore said.

The political commentator reviewed leaked documents published by the independent news site “The Gray Zone” during the month of September of last year which revealed a massive misleading propaganda operation against Syria launched by contractors with Western governments, led by Britain and the US.

He pointed out that the American “MSNBC” channel was pushing forward the misleading propaganda against Syria and supporting the war against it at the highest level.

Dore showed through his program how Western governments have prepared a propaganda to distort the image of the Syrian state to justify aggression against it under the pretext of fighting terrorism, on top “Daesh.”