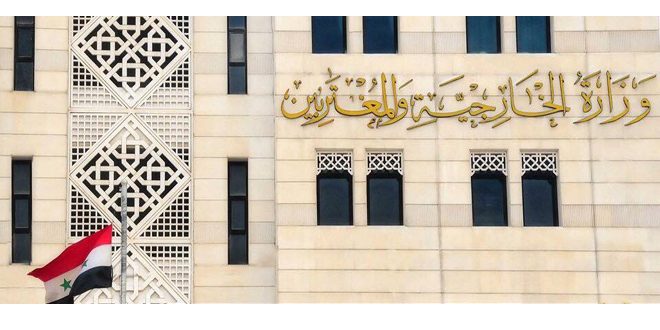 Damascus, SANA- Syria has strongly condemned the US unfair decision on re-listing Cuba among states sponsoring terrorism, renewing its solidarity with the Cuban friendly leadership and people, and confidence in its capability to foil the decision of the US regime which has proven that it sponsors and supports terrorism in service of its political agendas.

An official source at the Foreign and Expatriates Ministry told SANA in a statement on Wednesday that the Syrian Arab Republic strongly condemns the US unfair decision on re-listing Cuba among the states sponsoring terrorism.

The source added that the decision shows again the US administration’s blunder and loss of credibility in its latest days after its ignorance and non-commitment to a number of international conventions and charters, as well as the decisions of the US former administration.

The American approach of imposing sanctions on countries, which don’t match with the US policy and defend their sovereignty and national dignity, with the aim of subjugating them to the US hegemony is doomed to failure in front of the will of the free peoples and will lead to nothing except escalating tension on the international area, the source pointed out.

It concluded that Syria reiterates full solidarity with the Cuban friendly leadership and people, expressing confidence that the Cuban revolution, which has resisted the US unfair blockade for more than a half century, is able to confront and foil the decision of the US regime, which has proven that it sponsors and supports terrorism in the interest of its political agendas.