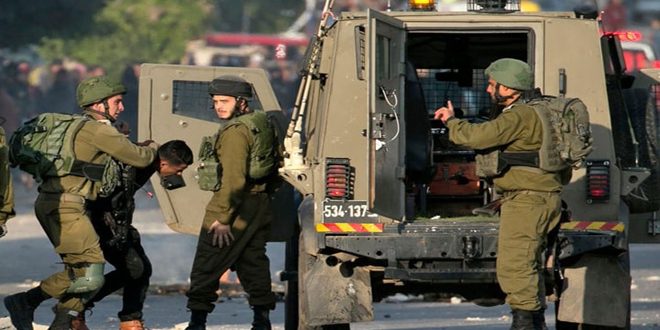 Palestinian Wafa News Agency stated that the occupation forces broke into the city of Tulkarm and Nour Shams camp, east of Tulkarm, and Tammun town in Tubas, ِAboud  in Ramallah, Qabatiya and Burqin in Jinen, and arrested fourteen Palestinians.