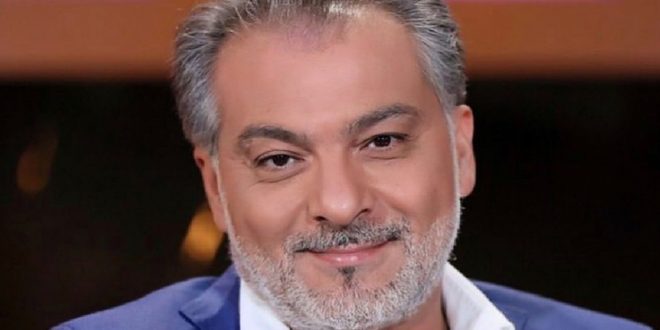 Damascus, SANA_ Renowned Syrian director Hatem Ali passed away in Egypt on Tuesday at the age of 58 after suffering a heart attack.

Ali was born in 1962 in the town of Fiq in the occupied Syrian Golan.

He studied at the Higher Institute for Theatrical Arts, Department of Acting, and graduated from it in 1986.

The multi-awarded director started a three-decade artistic career in the late 80s, where he appeared as an actor in tens of TV series, films, and theater plays, in addition to writing and directing many others.

Ali began his artistic career with director Haitham Haqqi in the series “Circle of Fire” and then continued his participation in dramas in which he embodied different personalities, ranging from historical and nomadic roles, to different and contradictory styles of life. He also has comedies with the artist, Yasser Al-Azma.

He also worked as a TV director, as he presented a large number of feature-length television films, and a number of trilogies and sevens, and in an advanced stage of his artistic career, he presented an important group of social and historical series.

The deceased also presented the “Andalusian Quartet, Salah al-Din al-Ayyubi, Asi al-Dame’, Al-Fosoul al-Arabaa(four seasons), Palestinian Westernization, Omar, Moulouk Al Tawaef and Al-Zeer Salem, which is an important turning point in his career in addition to many other artistic works. Among his cinematic work as a director was Selena.