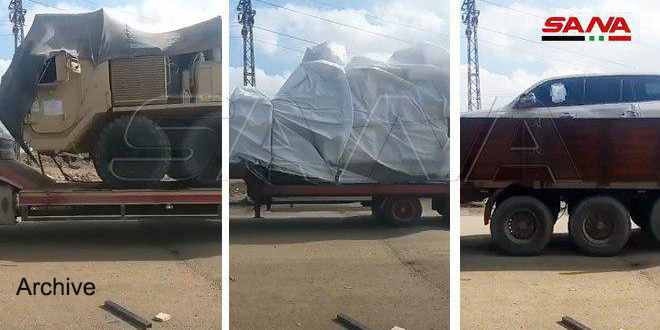 Hasaka, SANA-US occupation forces on Monday brought in a convoy loaded with logistic materials to support their illegitimate bases on Syrian territory, in a new violation of the sovereignty of Syria.

Local source in al-Swediya village told SANA that the US occupation forces brought in a convoy consisting of 50 vehicles of different tanks and trucks, through the illegal Walid border crossing with Iraq, to boost their illegitimate presence in Hasaka countryside.

The US occupation forces repeatedly bring in convoys of vehicles to Syrian al-Jazeera region to loot the Syrian oil and underground resources. 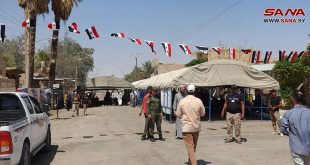