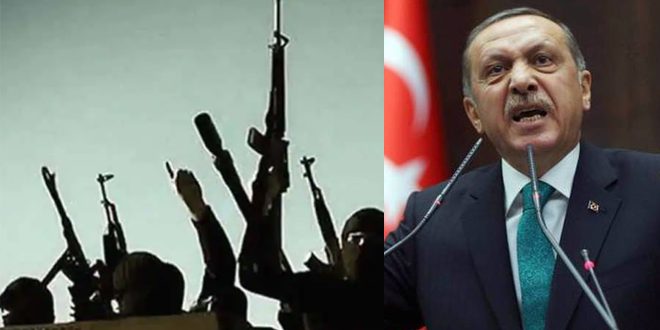 The new evidence confirms the close relationship between the Erdogan regime and terrorist organizations in Syria and Iraq.

The Swedish website Nordic Monitor published a report containing leaked documents about various explosions at Turkish army weapons depots in the Turkish cities of Afyon and Urfa, and at sites in Turkish-controlled territories in Northern Cyprus, with the aim of camouflaging and erasing the evidence that shows the involvement of the Erdogan regime in supplying weapons of different types to Daesh terrorist group.

The documents include the testimony of Major Ahmet Ozcan, the head of the Intelligence Assessment Center in the Turkish Military Intelligence.

Ozcan revealed one of the aspects of the secret relations between the Erdogan regime and its intelligence services, on the one hand, and terrorist organizations in Syria and Iraq, on the other hand, led by Daesh and Al-Qaeda.

“The explosions at various ammunition depots of the Turkish army in 2012 and 2019 were orchestrated by influential parties close to Erdogan and had organized to erase any trace of the Turkish regime supplying weapons to Daesh in Syria and Iraq and to get out of the mess of weapons lost in army warehouses,” Ozcan said.

The Turkish newspaper, Taraf, previously revealed, in an investigation in September 2014, that a large logistical support of MKE products had reached terrorist organizations in Syria.

The Erdogan’s security services had taken the initiative to close the paper and imprison their editor-in-chief Ahmed Altan at the time, in addition to imprisoning the chief investigative reporter, Mehmet Baransu on trumped-up charges.

13 people were arrested during the first stage of the investigation, but they were released later. The investigation showed that the people who smuggled the chemicals needed to produce Sarin did not face any difficulties, which proves that the Turkish intelligence was aware of their activities.

Ozcan was arrested on July 17, 2016 on charges of involvement in the alleged coup while he was in the hospital awaiting a second surgery after he was injured in the leg and hand while confronting what was believed to be an armed attack on the headquarters of the Gendarmerie Forces in Ankara.