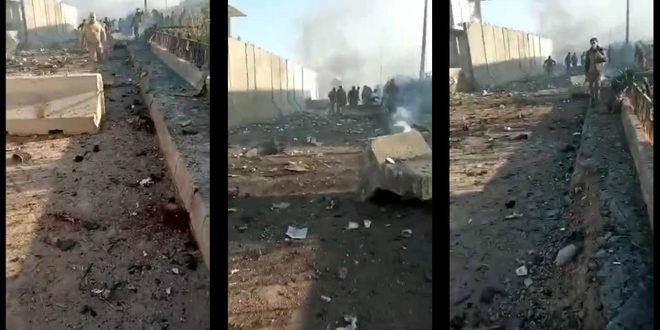 Hasaka, SANA, A number of Turkish regime-backed terrorists were killed and many others injured in a car bomb explosion at the entrance of the occupied city of Ras al-Ayn in the northwestern countryside of Hasaka.

Civil and media sources reported that a violent explosion of a car bomb, loaded with large quantities of explosive materials took place at the southern entrance of the occupied city of Ras al-Ayn in Hasaka countryside, killing a number of the terrorists and injuring many others, some of them are in critical conditions.

The sources dded that a state of terror and chaos prevailed among the ranks of the terrorists.