A report made by the observers revealed details of ongoing communication between leaders of terrorist organizations in Syria and Israeli army officers and officials, saying that 59 meetings between the terrorist leaders – who are labeled as “opposition” by Syria’s enemies – and Israeli officers took place from March 2013 to May, and that during this same period 89 injured terrorists were transported to Israeli hospitals, and 19 of these terrorists were returned to Syria along with two bodies.

The report said that the relations between the two sides began in March 2013 when the Israeli occupation authorities began treating injured terrorists in their hospitals, in addition to building a field hospital for them in the occupied Golan, with the report adding that observers witnessed several meetings between terrorist leaders and Israeli army forces between December 2013 and March 2014, in addition to witnessing the transportation of injured terrorists to Israeli hospitals following confrontations between the terrorists and the Syrian Arab Army.

Syria’s Permanent Representative to the UN Bashar al-Jaafari had directed several letters regarding this issue to the UN, and most recently addressed the UN General Assembly on November 25th and spoke of Israel’s support for terrorists which led to the UNDOF evacuating their posts temporarily due to successive terrorist attacks against them, with the Israeli support causing the terrorists to become more active and bold, leading to them opening fire on Syrian law enforcement forces and abducting UNDOF personnel.

The UNDOF report also noted that the Syrian Arab Army warned the UNDOF’s commander of the presence of armed terrorists in a camp built by Israeli authorities in the Golan under the false claim of it being a camp for civilians.

The report confirmed that the Israeli forces delivered to boxes with unknown contents to terrorists and allowed two of them to enter occupied Palestine, though the report didn’t mention their identity or the reason for their entry. 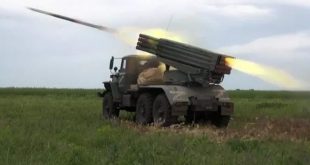