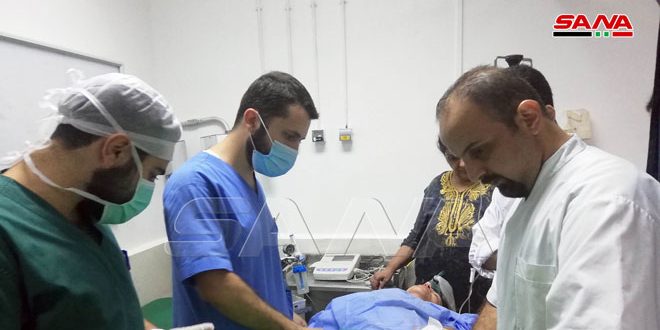 Lattakia, SANA –Two citizens were injured as a result of explosion of what is likely to be a bomb while they were picking olives in Shir village in the east of Lattakia countryside.

A source at Lattakia Police Command said in a statement to SANA that an object believed to be a buried bomb in the soil was exploded in the agricultural lands affiliated to Shir village 7 km in the east of Lattakia city while several people were picking olives, causing the injury of two girls with wounds, they were admitted to Tishreen University Hospital in Lattakia to receive the treatment.

A medical source affirmed that the health status of the two injured is good, stable and no danger to their lives.